Even Whitmer Isn’t Above the Law

Of course, none of those things surprise us about Governor Gretchen Whitmer anymore. After once promising to get “big money” out of politics, a report this weekrevealed that Whitmer has raised millions above campaign finance limits.
While other candidates are limited to just $7,150 from each donor each election cycle, Governor Whitmer is illegally raking in more than a quarter of a million dollars from some donors – including $257,150 from Mark Bernstein, the brother to Michigan Supreme Court Justice Richard Bernstein. Nothing shady about that, right?
We’ve had enough of Whitmer’s “Rules for Thee, but Not for Me.” That’s why this week we filed a campaign finance complaint against Governor Whitmer and her illegal scheme.
We need your help to hold her accountable. Your contribution will help us make sure she has to follow the same rules as everyone else!
Chip in $10

Whitmer’s Actions Continue To Be Hypocritical, But They’re Also Illegal 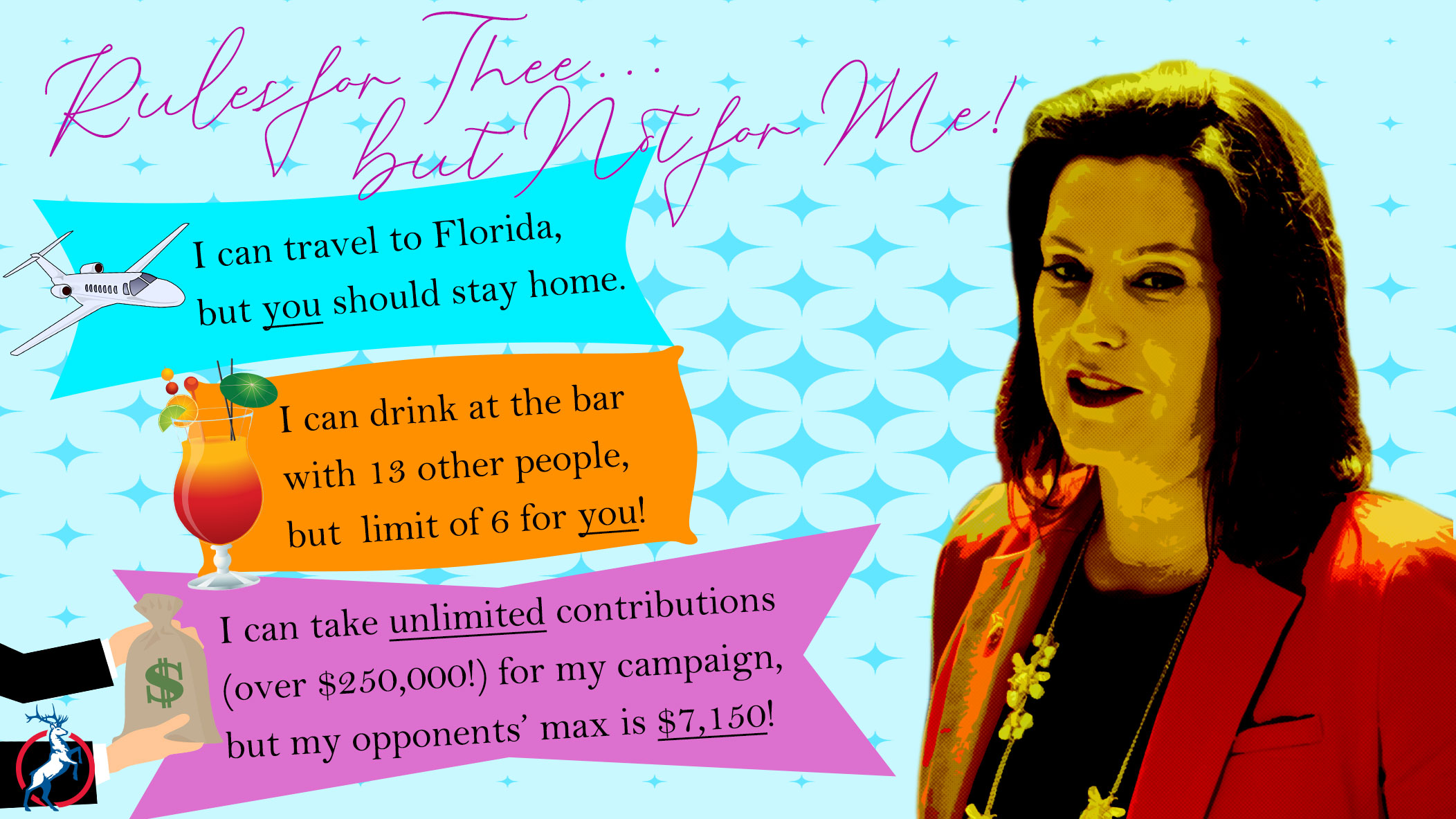 The leader of the conservative Michigan Freedom Fund filed on Wednesday a campaign finance complaint against Gov. Gretchen Whitmer’s reelection committee, contending it committed “the largest money grab ever seen in Michigan to ignore contribution limits.”

State Rep. Jewell Jones, a Democrat, reported spending $221 in March at the Pantheion Club in Dearborn to discuss economic development, The Detroit News reported, citing public records.
“We have (to) meet people where they’re at some times … #HOLLA,” Jones said in a text message to a reporter Monday.

Capitol Confidential: Politicians Believed ‘Grim’ COVID Messaging Would Be The Most Effective

That 2008 MDHHS plan also stated messaging should, “Contribute to the maintenance of order, and minimization of public panic and fear.”
The state appeared to stray from that 2008 guidance by August of 2020.
That was when Joneigh Khaldun, the chief medical executive for the state, said at an Aug. 19 press conference that residents would be lucky to survive the coronavirus.