“Freedom Fighter of the Month”

LANSING, MI, June 17, 2020 – The Michigan Freedom Fund has named Karl Manke, the 77-year old Owosso barber who defied Gov. Whitmer’s orders to shut down his business, its “Freedom Fighter of the Month,” in celebration of his unanimous victory in Michigan’s Supreme Court.

“Karl’s bravery put a face on the plight of barbers, hairstylists and countless small business owners of all industries across the state who were suffering under Gov. Whitmer’s arbitrary and capricious economic lockdown,” said Michigan Freedom Fund Executive Director Tony Daunt. “Karl stood up for himself. He didn’t want government handouts – he wanted to earn a living. He refused to allow the threats from Gov. Whitmer or Attorney General Dana Nessel intimidate him, and reopened to prove that he could operate safely. His victory is well deserved.” 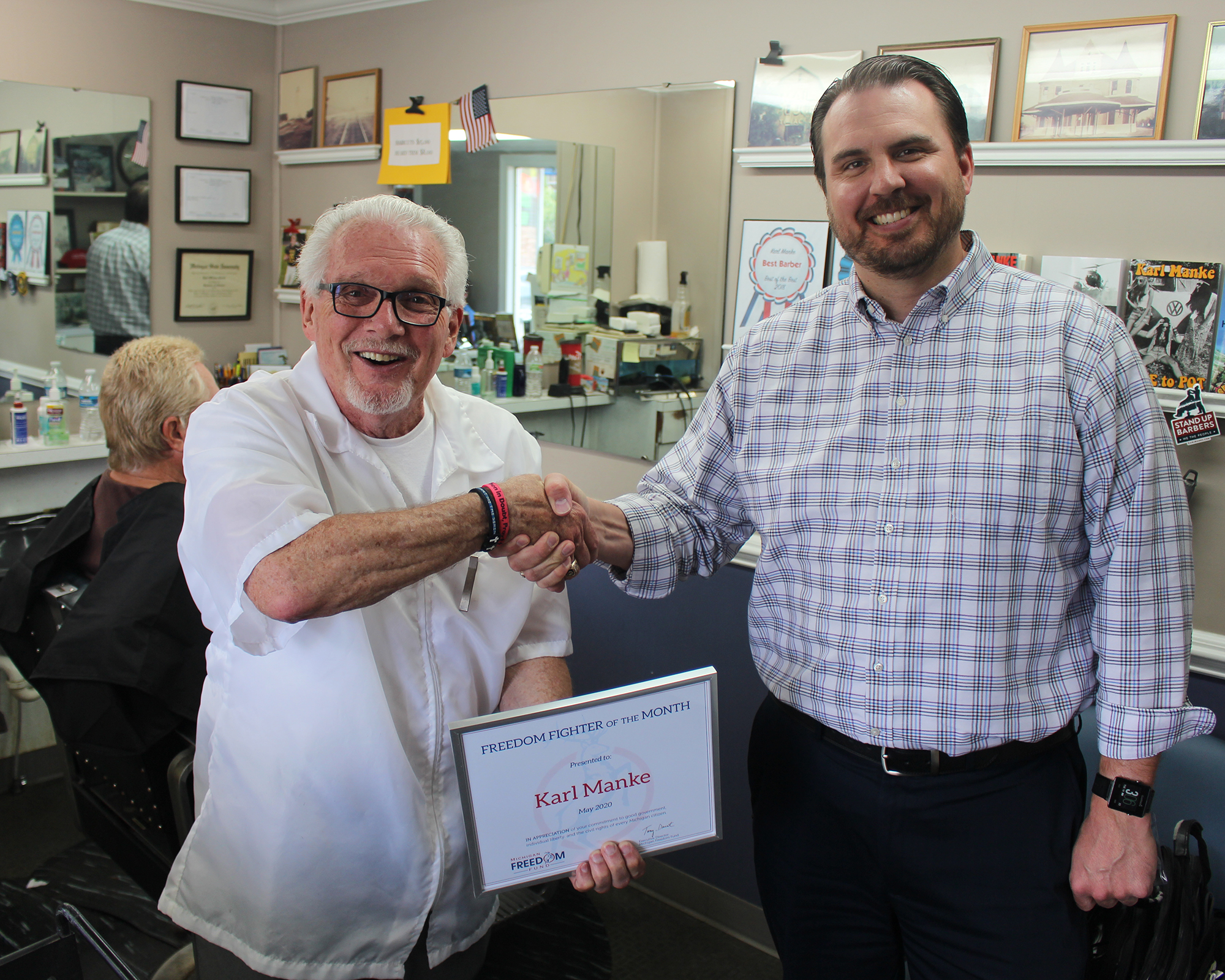 “Our rights were endowed to us by our Creator, and not subject to the whims of government officials,” said Manke in accepting the award. “I’m a small town barber looking to make an honest living, not a politician.  But sometimes it takes small town folks standing up for their rights to get things done.”

The Michigan Freedom Fund applauds Karl Manke for his determination, and looks forward to when the entire state can get back to operating under the rule of law.

The “Freedom Fighter of the Month” is an award created by the Freedom Fund to recognize those individuals who are diligently working to defend taxpayers and protect our Constitutional freedoms.